Has Scarlett Johansson Had Plastic Procedures? Before and After Transformation

You are here:
Actors and ActressesMainModels 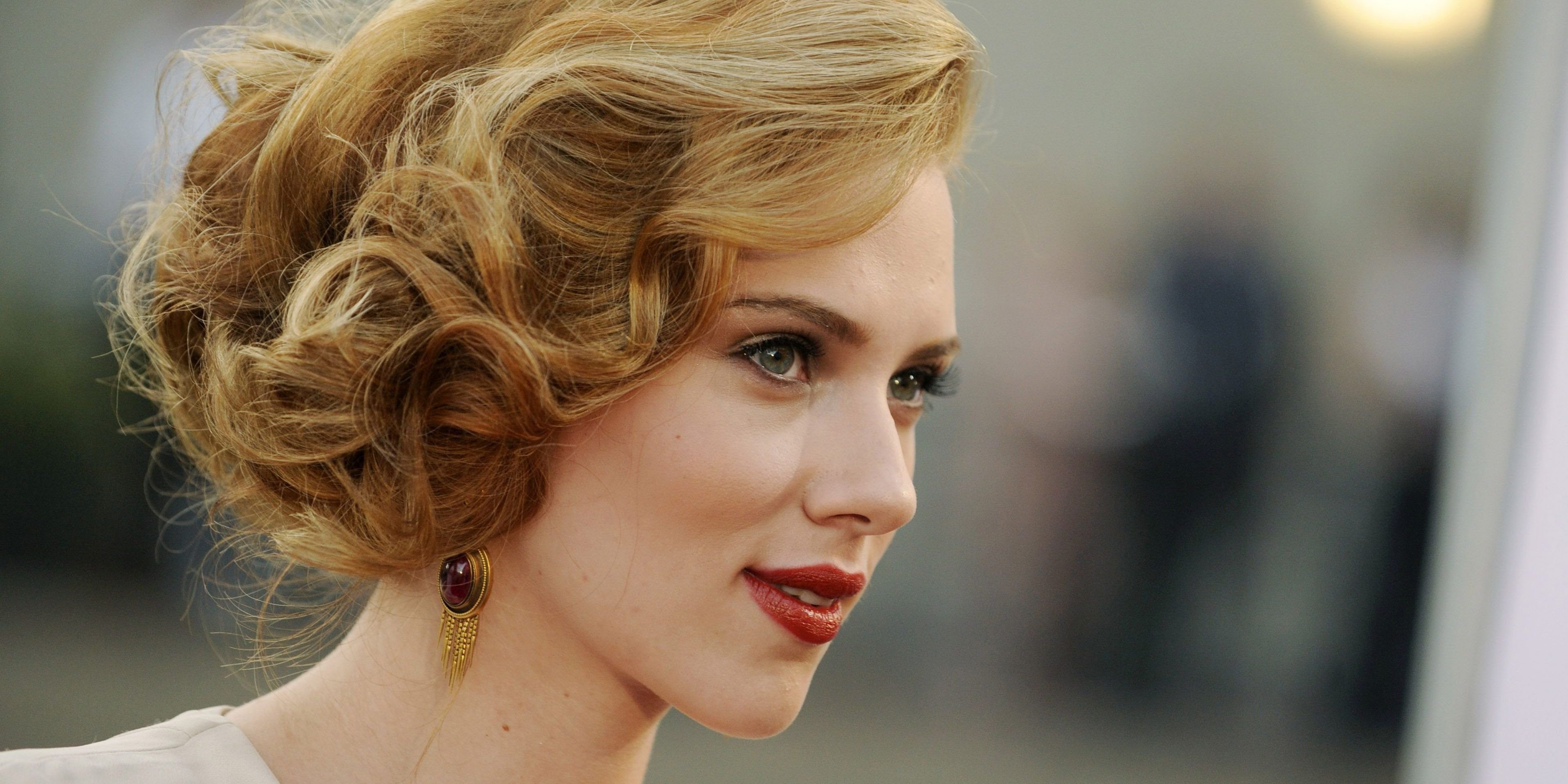 Scarlett Johansson, best known for her roles in movies like Avengers and Match point, is one of Hollywood’s brightest stars. The actress, who the tabloids sometimes affectionately refer to as ScarJo, started her career at an early age and progressed to be one of the most sought after women in her profession. 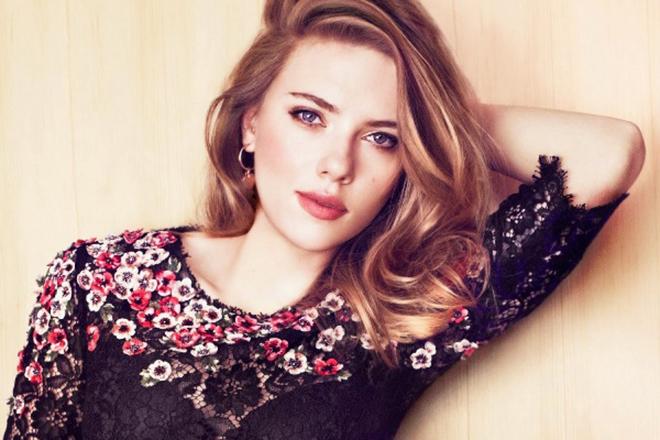 Her popularity is based not solely on looks, but also on her outstanding talent. There is no shortage of similarly beautiful starlets with the same coloring in Hollywood, however Scarlett is famous for more than just her acting – she is also a singer and does a lot of important charity work. 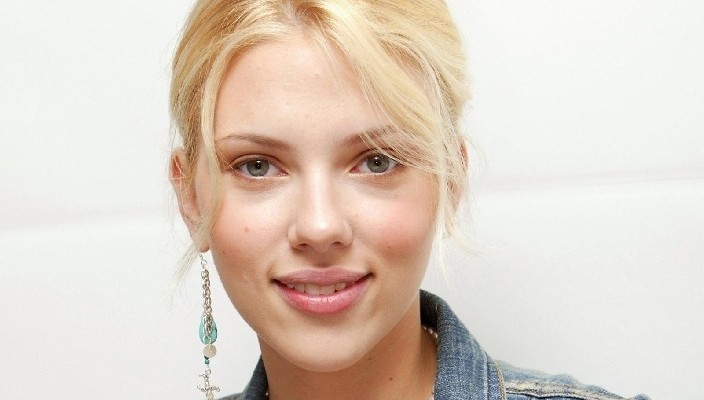 When you have such attractive facial features, perfect body and also an amazing voice – is it really any wonder that people start to talk? Some of the more frequent rumors about Scarlett refer to how many times she’s gone under the plastic surgeons knife. A lot of her fans have questioned whether there was in fact a Scarlett Johansson boob job. On the other hand, there are the opposite speculations – of a Scarlett Johansson breast reduction treatment. 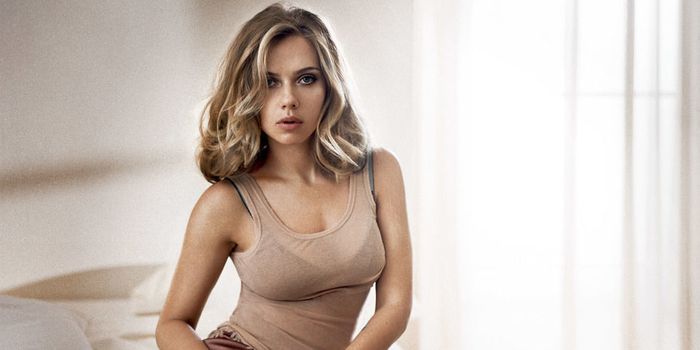 Since she’s been in the public eye from 1994 onwards, it’s perfectly natural that onlookers question even minimal changes in the star’s appearance. Some people find it strange that with such an amazing body, particularly such a spectacular bottom, her teeth remain far from perfect. Others want to know if there’s more than nature that is responsible for her full lips, and does she in fact get lip injections? 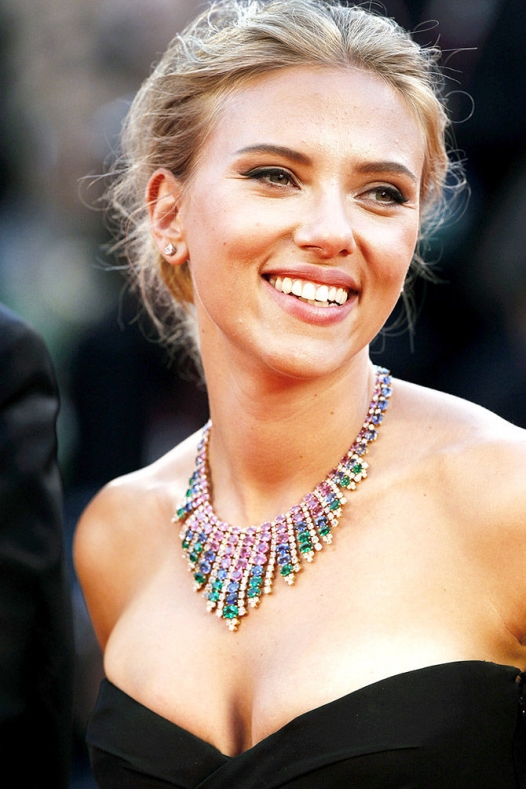 All this talk does not bother Scarlett Johansson in the slightest. The only exception was when back in 2007 when she took a press outlet to court that falsely claimed in an article that Scarlett Johansson had changed the shape of her nose with the help of a plastic surgeon. She’s always been open to questions regarding her bra size and has never publicly mentioned having any work done on her breasts.

To put an end to speculation and answer any and all questions about changes in her appearance, let’s examine Scarlett Johansson before and after photographs and see whether any if the apparent alterations can be put down to a plastic surgeons work.

Did Scarlett Johansson Have A Nose Job? 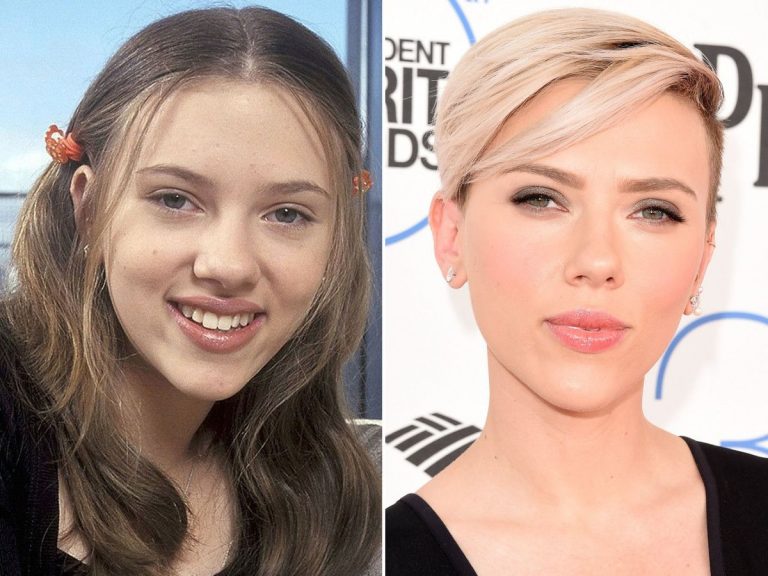 Are there any noticeable differences in Scarlett Johansson’s nose in the photos from her early teens as compared to the Scarlett we see today? A number of people are under the opinion that her nose looks smaller in current photographs, however we can still see the bump on the bridge of her nose. Also it’s not really accurate to compare the nose of an adult to the nose of a child who is still growing and who’s facial dimensions are still changing.

There was an article in the United States weekly in which a journalist claimed that there was in fact a Scarlett Johansson nose job when the actress was in her early 20-s. This led to her filing a lawsuit against the publication.

The actress filed the lawsuit as such rumors could have an effect on her ability to get roles in movies. As a woman who supports the body-positive movement and being beautiful just the way you are, she claimed that she never could have lied to the audience of her movies and to studio bosses. She insisted that she had never gotten a nose job.

Does She Have Breast Implants? 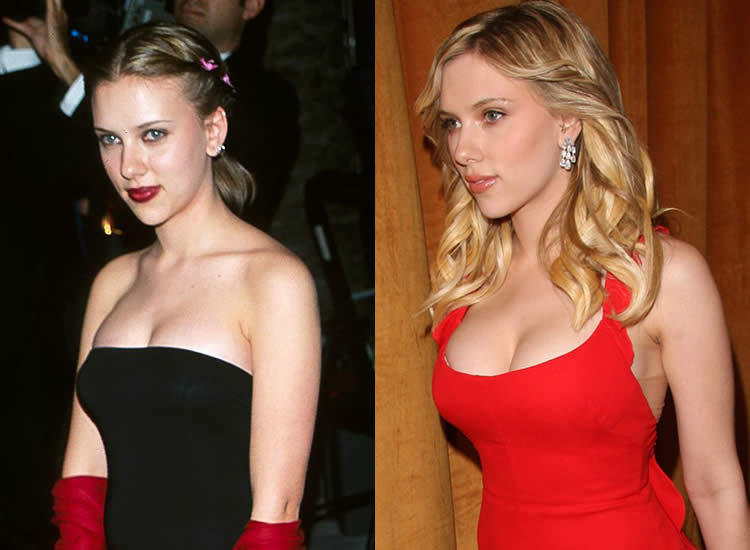 Scarlett Johansson breasts have been the object of admiration from people of both sexes. In an interview she gave to Daily Celebrity she stated that only nature and her parents are responsible for the way her breasts look and for their size. She claimed that there has been no such thing as Scarlett Johansson implants.

Therefore, if we are to believe what the actress herself says, Scarlett Johansson boobs are very real indeed. Of course, that doesn’t mean that they aren’t from time to time visually enlarged with the help of a push-up bra. If photos from years ago are anything to go by, then it really does not look like there have been any alterations to Scarlett Johansson bra size.

Has Scarlett Had A Breast Reduction Surgery? 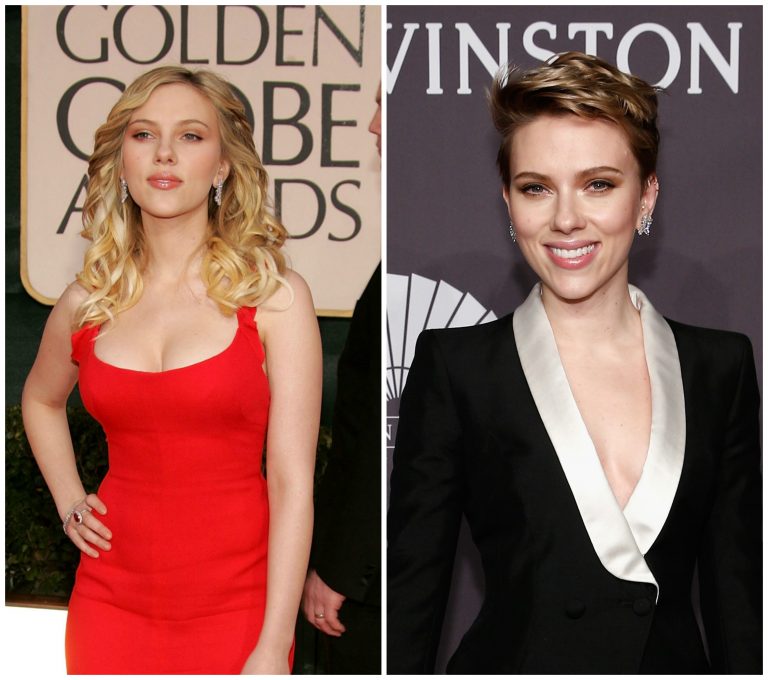 However, this could easily be explained by weight loss. As many women know, it’s unfortunately a lot easier to loose the extra inches in the top half of your body, not the bottom one. 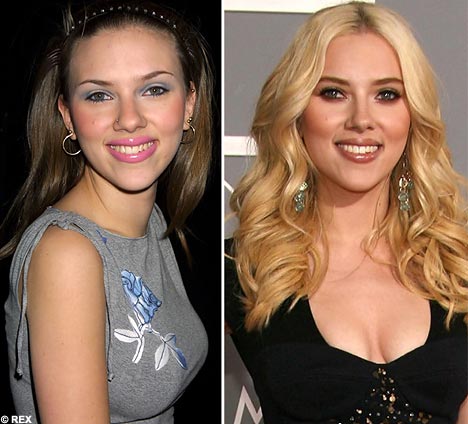 Either way, small or large, her breast look ideally proportioned to the rest of her body. So really there are no facts that could prove that Scarlett Johansson has had any plastic surgery on her breast – be it to enlarge or to reduce them.

Did Johansson Get A Butt Lift? 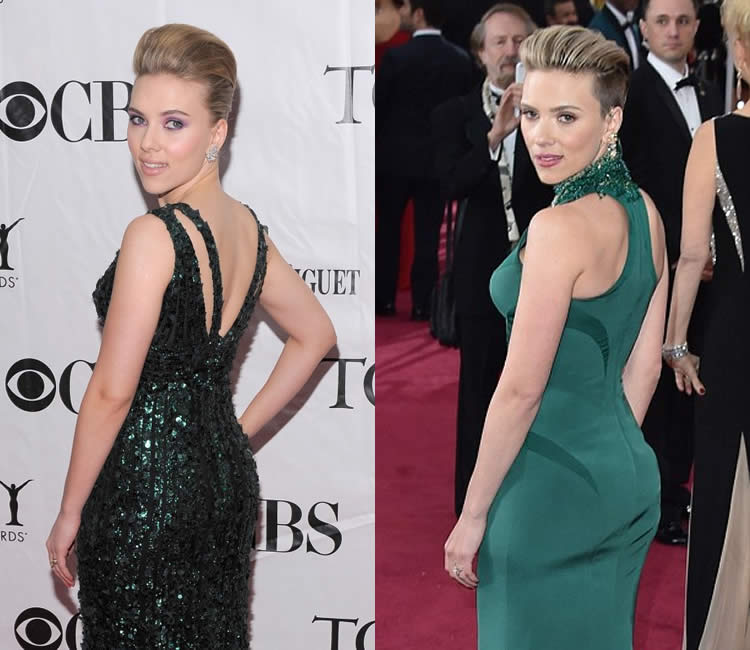 Do you see any difference in Scarlett’s backside in the above photographs? If so, is it more likely to be the result of plastic surgery, or could it be just as easily explained by the clothes she is dressed in?

After “Avengers” came out, there was a lot of talk of the way Scarlett Johansson’s butt looks in the movie. Her character wore a catsuit that left little to the imagination and outlined her butt so perfectly, so some members of the audience began to suspect that she’d gotten a butt lift.

However, the official version is that in order to look perfect in her costume Scarlett trained with star trainer Heidi Moneymaker, who also carried out the role of her body double at certain points of the movie.

Moneymaker stated in interviews that Scarlett did very well in training, and it’s her hard work in the gym that explains the way her figure, including her butt, looks so good in the movie.

What About Her Teeth?

Many were surprised when footage from a red carpet event showed that Scarlett’s teeth were far from the perfect white that we are so used to seeing in Hollywood. Some people just couldn’t handle that the seemingly perfect actress could in fact be imperfect in some aspects.

There’s also the matter of the bottom row of her teeth. They aren’t perfectly straight, as can be seen in current photos, as well as photos from her youth. It surprises some people that she hasn’t sought the help of a dentist with this matter.

Modern dentistry has a number of ways to deal with the problems of Scarlett’s teeth. The fact that she hasn’t done anything to them may have a very simple explanation – she may be afraid of dentists. This problem is a lot more common than you’d think. In fact, according to a study done by Colgate, approximately 15% of adults are afraid of visiting the dentist. So Scarlett may indeed be one of these 15%.

Most of the actors who’ve worked with Scarlett, as well as others in the movie industry, do not believe that she’s been subject to any plastic surgery. So let’s take a look at some of her photos from when she was younger and see what we think. 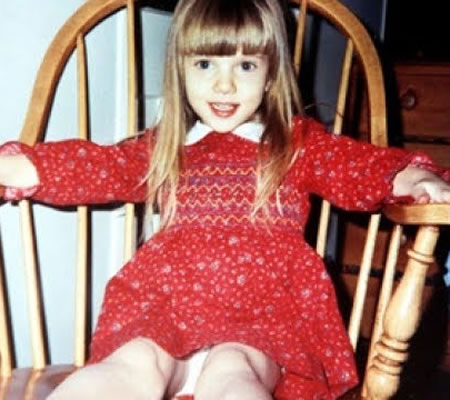 Perfect little doll – that’s what comes to mind when looking at this picture of the actress at a young age. Her hair is long, and her chin looks sharper than it does now. And the red dress suits her perfectly. 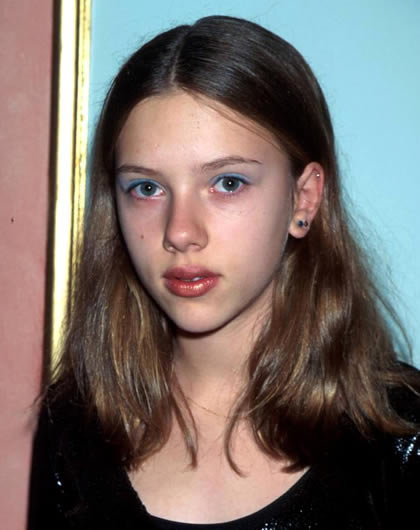 This is what Scarlett looked like when she first appeared on our screens in “Manny & Lo” – she was about 11 or 12 at the time. Her blue eyeshadow and lipstick make her look a bit older. Notice how her hair is now a darker color. 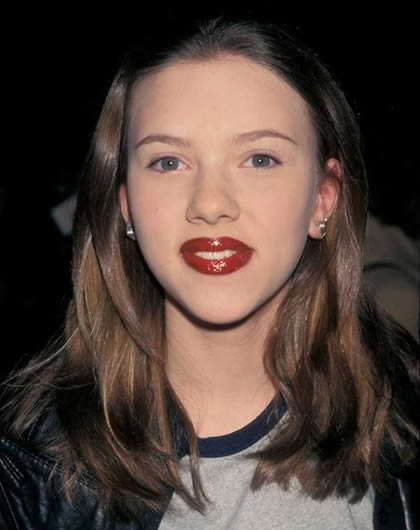 Here we see an older Scarlett, and the photo is from a period when she started appearing in movies more frequently and was beginning to become famous. In this picture we see her without the red lipstick that she later started using to draw more attention to her full lips. At this point she was still quite young, so it would have looked somewhat inappropriate. 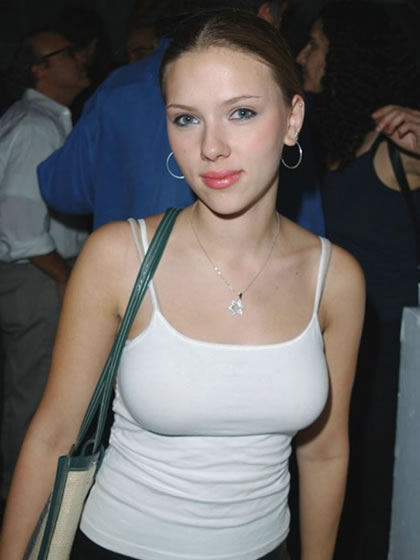 In this picture Scarlett is 17 years old. She is wearing a rather simple outfit and very little jewelry. She looks natural and very pretty.

Notice how large and fully formed her breasts look – quite an impressive cleavage for a 17 year old. 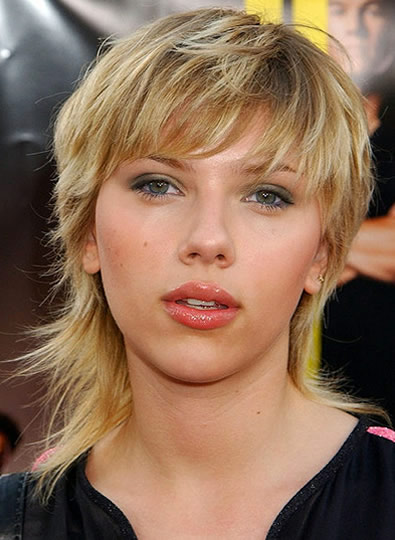 In this picture, taken just two years after the previous one, we can see that Scarlett has undergone a drastic change in appearance. She’s 19 years old, and she’s cut of her hair and now has a boyish short cut, which she’s also colored blonde. Her short hair complements her beautiful eyes and makes them look even larger. Rumors that she’s had a nose job started at about this time. 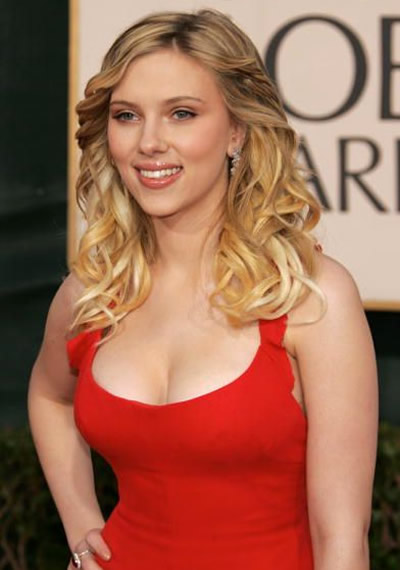 This red dress looks amazing on Scarlett. It compliments her figure and the style draws attention to her breasts. After seeing this picture, many people started suspecting that there had been a Scarlett Johansson boob job.

This is the year that men’s magazine Esquire selected her as the Sexiest Female Alive. And she does look sexy, with her lavish golden curls. The whole look reminds us of glamorous Hollywood divas of the past. 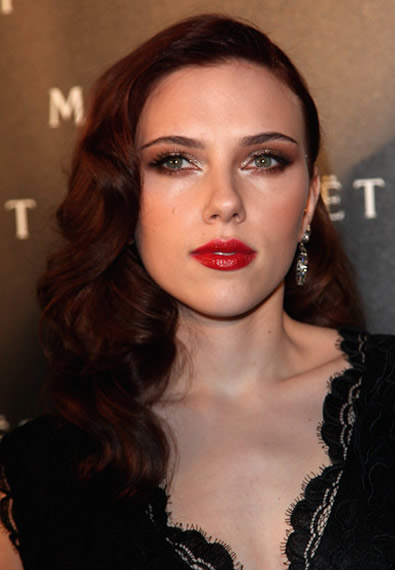 For her role in Iron Man 2 the actress had to dye her hair yet again – this time to a deep red color. Her lips look as full as ever, but in this particular picture it’s the eye makeup that steels the show, drawing more attention to her eyes. 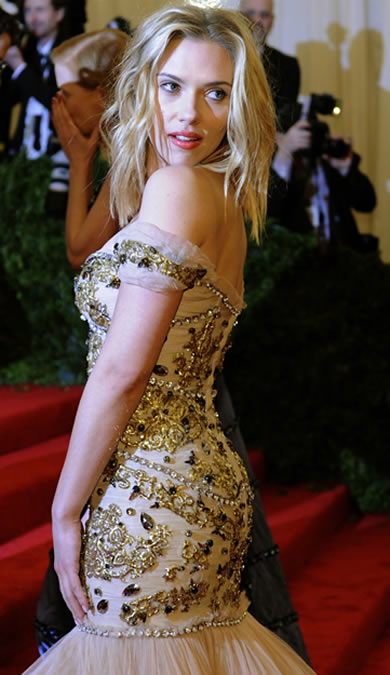 Scarlett went back to blonde as we can see in this picture from the Met Gala. She also gained some weight, which is quite apparent on some parts of her body. This started up rumors of both breast surgery and butt implants. 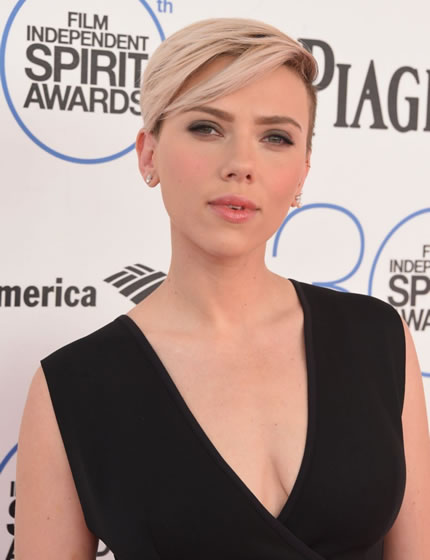 Here we see Scarlett sporting yet another short haircut and a new color – an ashy blonde. But we’d like to concentrate on her breasts. They look smaller than in the previous photo. Could she have gotten breast implants and then changed her mind? Or is this simply explained by weight loss? 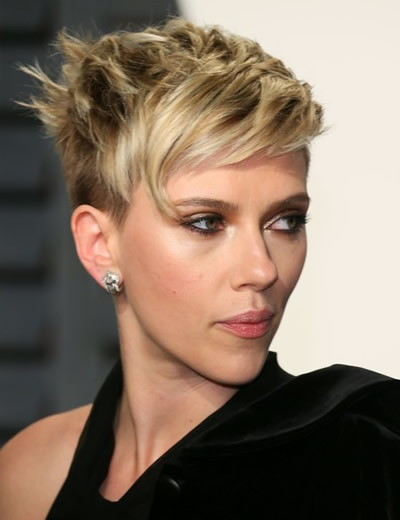 Same cut and color as in the previous photo, but here Scarlett definitely looks slimmer. Her weight loss enhanced her bone structure. Remember her sharp chin in the first childhood photo? And here it is again. 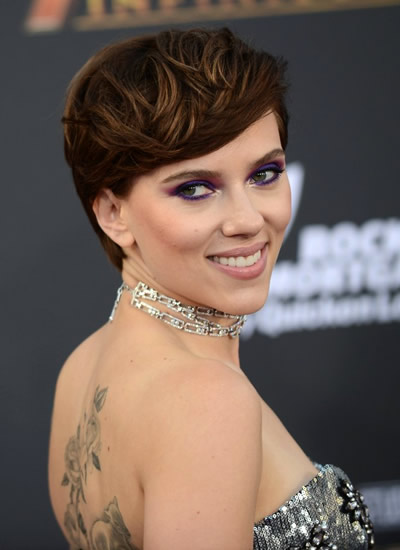 At the first screening of “Avengers: Infinity Battle” Scarlett’s outfit allowed her to show off the tattoo on her back. Her short hair is now an even darker shade of blonde. This photo of Scarlett also started speculations of plastic surgery: people said that despite the apparent weight loss her cheeks looked fuller, and the only explanation for that could be cheek implants.

We’ve looked at quite a few different photographs of Scarlett Johansson from different years and we think it’s fair to say that there is no truth to the rumors of numerous plastic surgeries. The very mention of a nose job ended up in a lawsuit, and the actress has denied having any work done on her body, specifically her breasts. So really there’s no basis or speculation.

However, if she did go under a surgeon’s knife, we want his number – he’s obviously one of the more talented masters in his field.

Her breasts have changed through the years, however we think this can be explained by changes in her weight, especially after her pregnancy. As for her butt looking a bit different, this can easily be explained by a good exercise routine.

However beautiful Scarlett may be, we do think that she should attend to her teeth. But maybe she doesn’t want to fix them in order not to become too perfect. Whichever way you look at it, it would be hard to deny that Scarlett Johansson has one of the prettiest smiles in Hollywood.